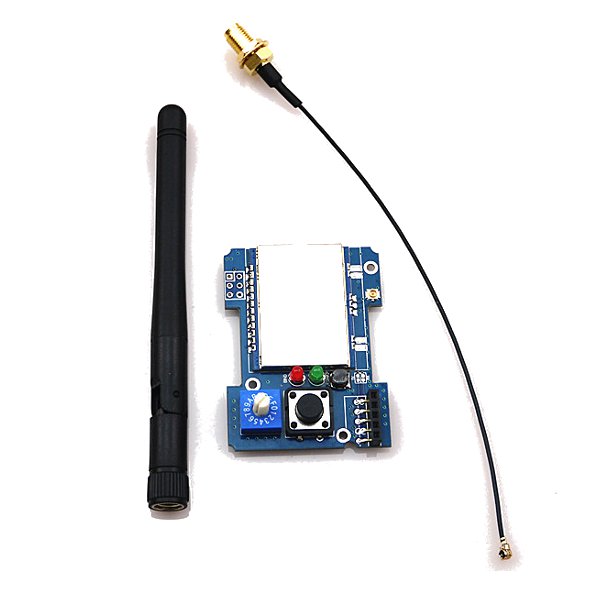 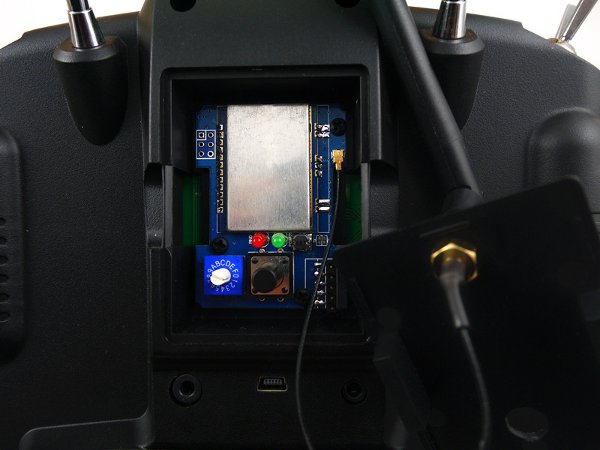 The 4 in 1 wireless module integrate four RF chips (CC2500,NRF24L01,A7105,CYRF6936) into one single circuit board,with MCU baseplate,can support a variety of remote control protocols by identifying the PPM signal output of the remote control,such as Walkera DEVO,Spektrum DSM2,Flysky,Frsky,WLToys,Hubsan,Hisky,etc. It can control up to several hundreds airplanes (or receivers).

This module can recognize the remote control PPM signal, then converted into the corresponding standard wireless remote control format,which means that in theory as long as the remote control is with analog functions, it can work. But this item didn't come with a housing,so you will need to solve the housing problem.

For more information about how to update, please visit the RCG forum:

If you have any problem,welcome to discuss on this RCG forum:

The above protocols are transplanted from open source projects based on the remote control Walkera DEVIATION,the the original author have tested almost the protocols,but he is not specially test for this 4 in 1 wireless module,the protocols our supplier tested have been stated above,untested protocols does not rule out is not supported,but there may be a problem of program configuration,so not rule out the subsequent firmware can support.

Open source protocol is mostly cracked,protocol version is constantly updated,inevitably there are omissions. Including but not limited to the following issues:

- Some receiver (original AR600) need to rebind per use,some receiver (Spektrum integrated receiver) frame rate is a bit slow. This issue basically determine the problem is on the program itself.

2x Antennas (as the picture shows)